Following the series of deadly attacks in Paris in 2015, the Belgian government launched 18 measures to combat terrorism. One of these measures is the development of a nationwide camera shield. Proximus signed a framework agreement with Koning & Hartman to work together on this project. 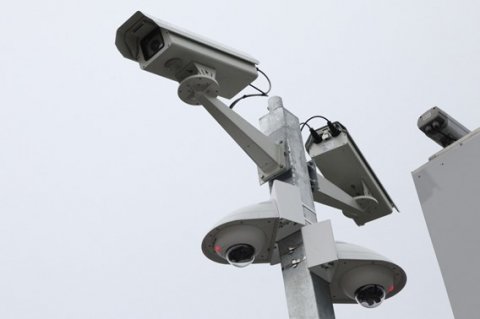 Since 2013, the Roads and Traffic Agency in Flanders has been providing ANPR installations, for which Koning & Hartman supplies PoE switches. Automatic Number Plate Recognition (ANPR) is smart technology that reads license plates with optical reading devices and sends this information to a central database. All data can be automatically shared with other central systems in police stations, for example. Using the large amount of data on vehicles and environmental factors and the high degree of connectivity, the system maps out traffic flows and thus plays a major role in traffic analysis, adjusting traffic policy and enforcing route controls, among other things.

In addition, ANPR cameras promote the safety of residents in cities and towns. Theft, drug crime and other serious crime are solved faster with the help of ANPR data.

After the Paris attacks, the decision was made to use this smart technology to roll out a nationwide camera shield in Belgium. Proximus, which performs the contract for the Federal Police, chose Koning & Hartman as its preferred partner in a long-term cooperation and concluded a framework agreement for the supply of services and goods.

A DIN-rail PC, designed and custom-made by Koning & Hartman, serves as a data gateway and enables the Proximus technical service to be contacted remotely from a central point. One can read data from a specific installation, take action and even perform updates to an underlying network of sensors, cameras, inverters... all via PoE technology.

The collaboration with Koning & Hartman provides Proximus with many advantages:

Are you also looking for a smart solution or advice for your installations? Koning & Hartman is specialised in projects for Building & Infrastructure. We advise, supply and implement solutions that provide connectivity and insight into your installations.

We offer remote installations (hardware and software) as well as central back office and dashboarding with standard products that we fully customise to your needs and your project.